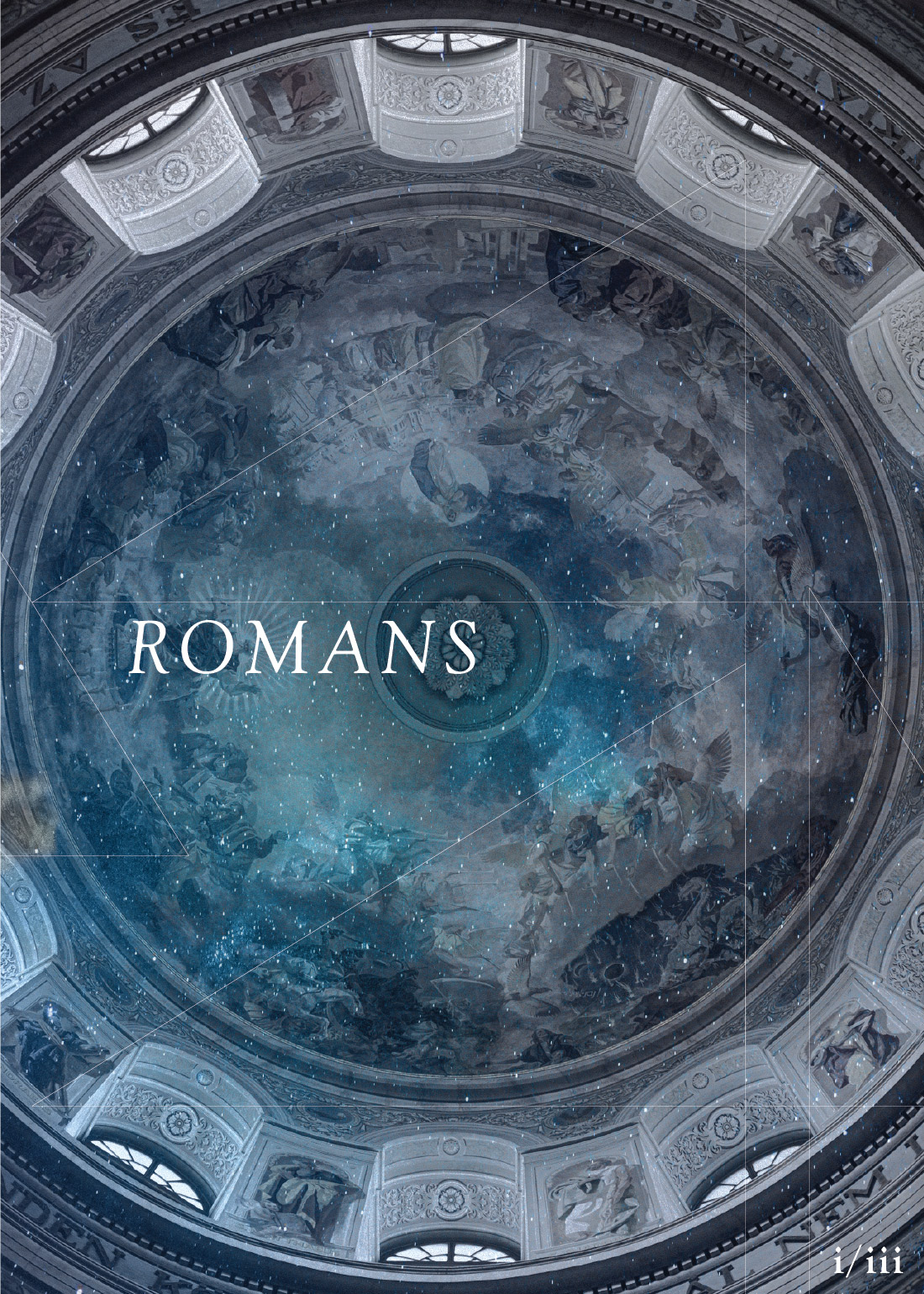 Trinity’s Romans series puts the world in context of the rule of God, demonstrating that His order and rule is its good, bringing chaos into peace.

Read about the individual parts to the series below: 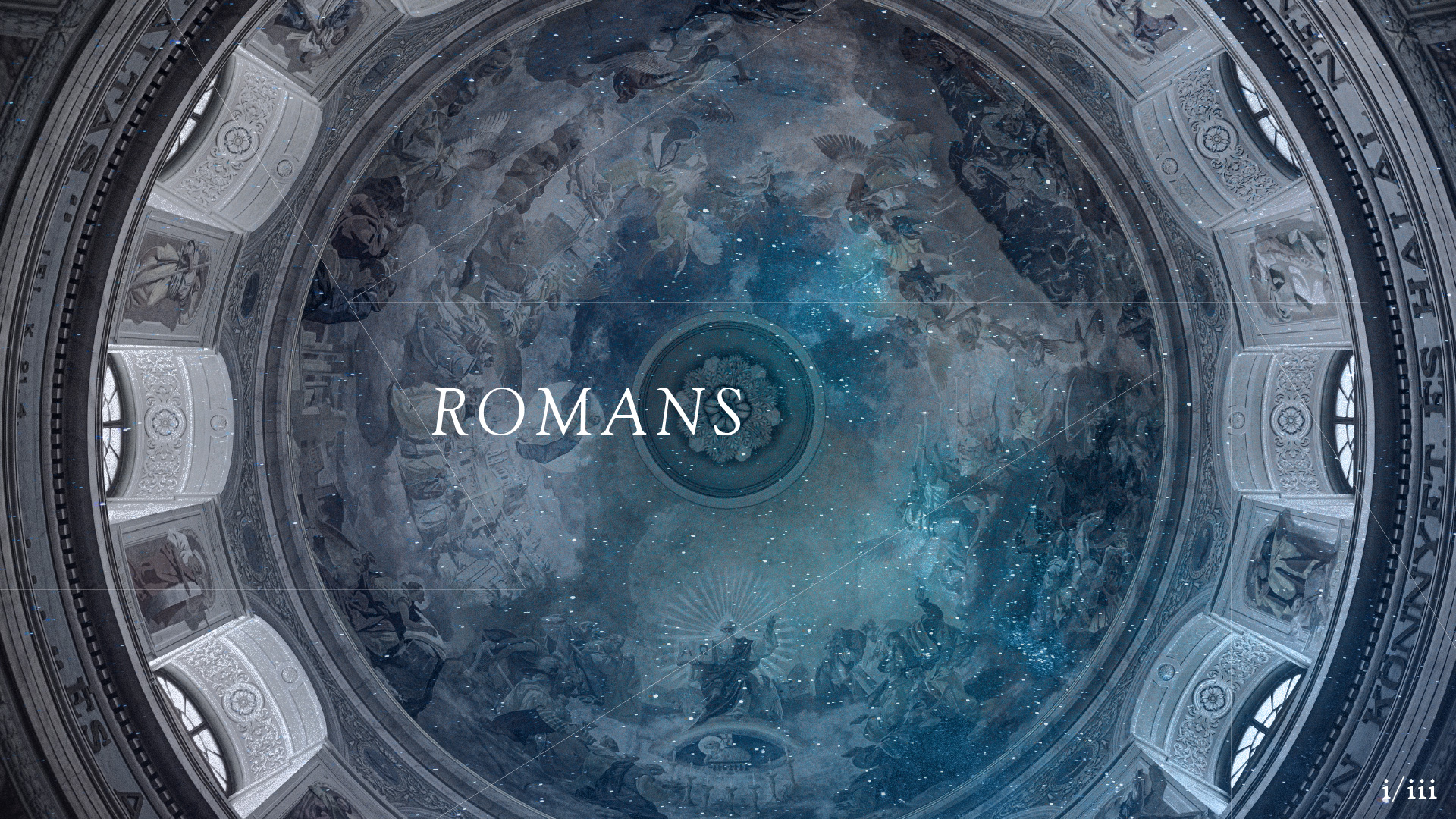 Romans presents us with a chaotic world of man’s rebellion and a promise of glorious, peaceful order in the good reign of Christ. To illustrate this, we composited two images: (1) the ceiling of a cathedral that shows a lot of the narrative (the photo is of Cathedral Basilica of St. John in Hungary, taken by Viktor Forgacs), and (2) a slightly-blurry and over-exposed picture of stars (taken by Fonsi Fernández). Lastly, thin and almost imperceptible lines cross the piece every which way.

In short, three rhetorical layers: man’s perception of the story (the classical basilica painting), God’s incalculable universal dominion under which we find ourselves (the stars), and the perfection of his structure and order therein, visible to those who seek it (the lines). Taken together, we hope to hint at the cosmic scope of this story and the grandeur and contrast of God’s ordered world. 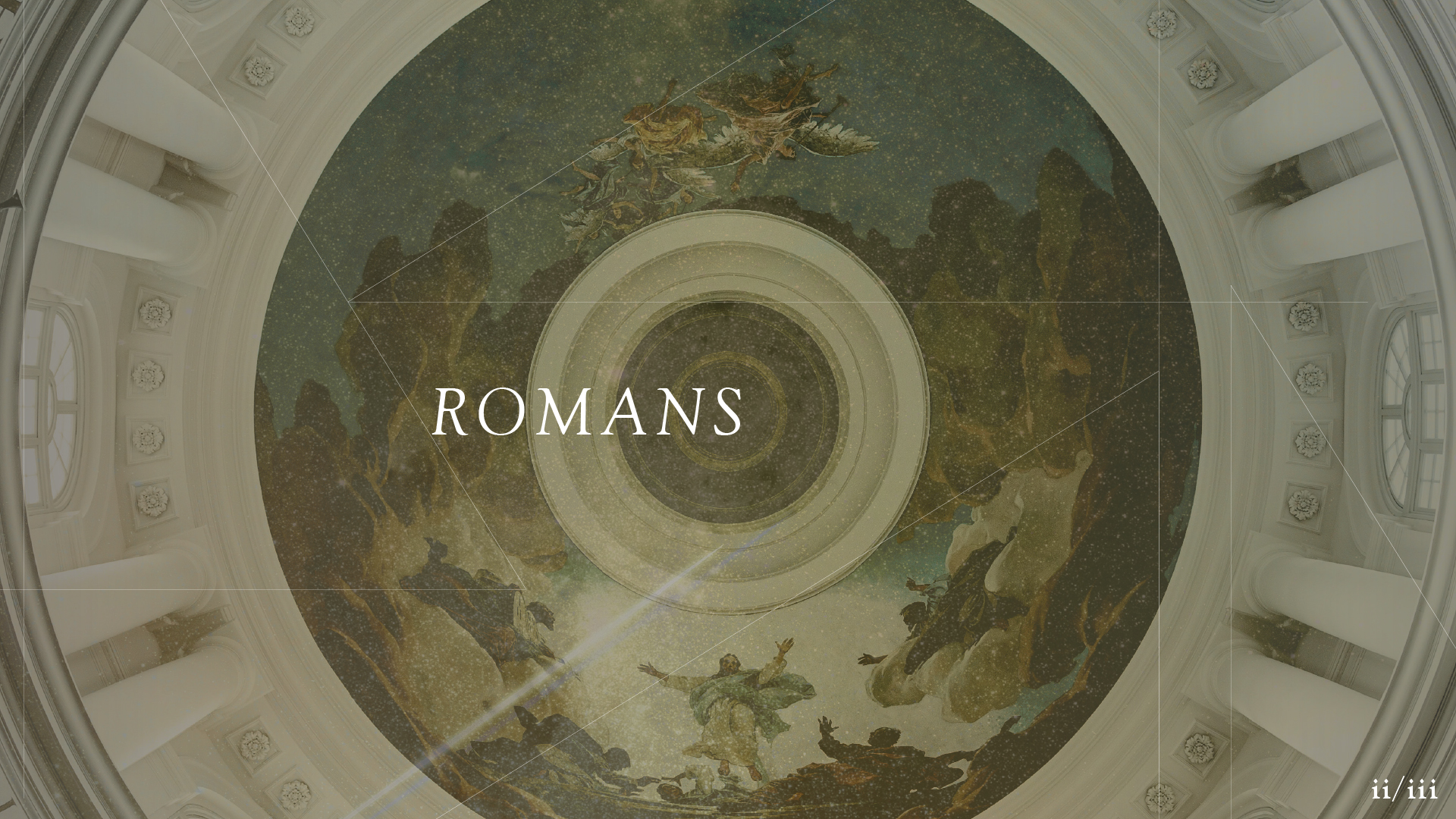 Picking up where Pt I left off, we now see the focus shift to Christ in Pt II. The basilica (now Gustaf Vasa in Sweeden, taken by Liuns Mimietz) depicts the Transfiguration of Christ, where it’s made explicitly clear that the Law and the Prophets bear witness to Christ—He is their fulfillment. In the Pt 1 image, the ceiling and outer ring around the painting were darker, but now the sun is coming in and clarity is being added to man’s perception of the story. The color has warmed from blue to gold, and the stars have intensified; the plan is becoming more visible (photo by Juskteez Vu). A clear, brightest star is seen streaking across the sky, pictured in the artwork next to Jesus and parallel with one of the lines that represent God’ perfect order.

Seen as one, we hope to illustrate how Jesus connects the dots, bringing resolution and searing hope into the narrative. The narrative is for Him and about Him; He is the bringer of God’s good order in that He fulfills God’s plan, and in Him we can see this plan and marvelously find ourselves in it with Him at the bright center. 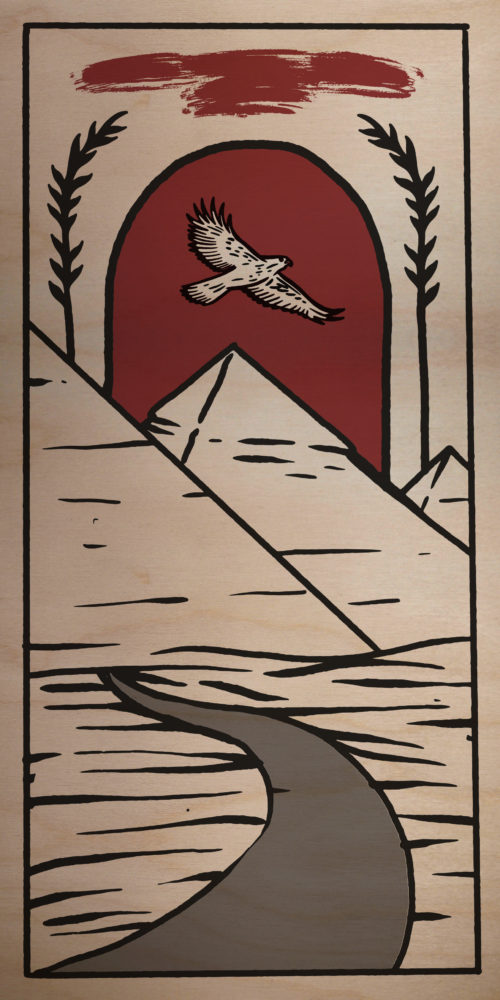 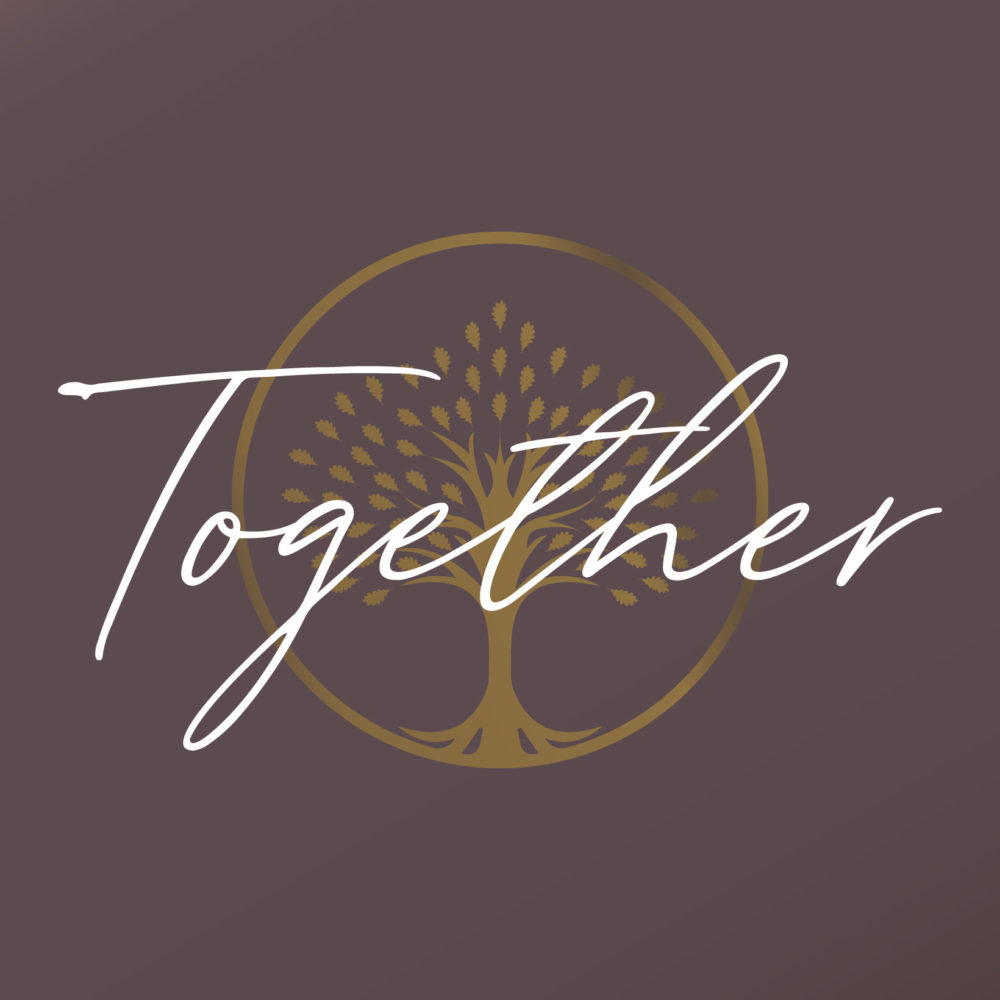