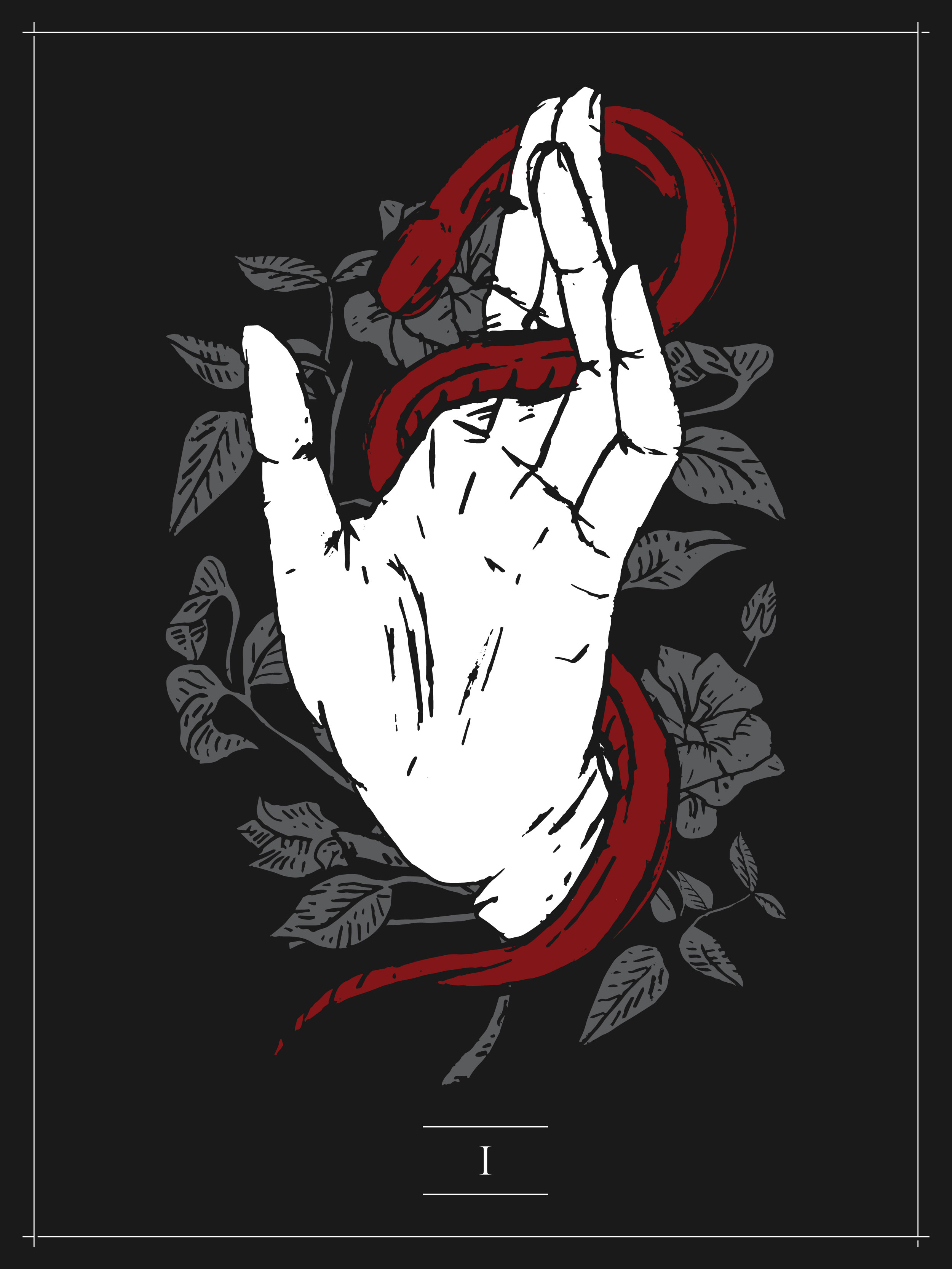 We’re quite excited to share about this triptych we coordinated for Park Church. Christian is quite an excellent illustrator and working with him was real, real rad.

The two main pieces symbolize two of the main narrative arcs of Genesis: Part I depicts God’s creation of the world (the foliage) and its subsequent de-creation through mankind (the hand) as a result of satanic temptation (the snake) and human rebellion. Part II depicts God’s creation of a people (the 12 stars for 12 tribes of Israel) as God (the hand) comes to Abraham and makes a covenant (the scroll) with him and his descendants.

The third part depicts the Tree of Life, as described both in Genesis (in the garden) and in Revelation (in the holy city).

To display the artwork, we printed on two 4×8 foot sheets of birch to hand in the Park Church sanctuary (see photos below). A third peice is in process for the main lobby area, depicting the tree of life. 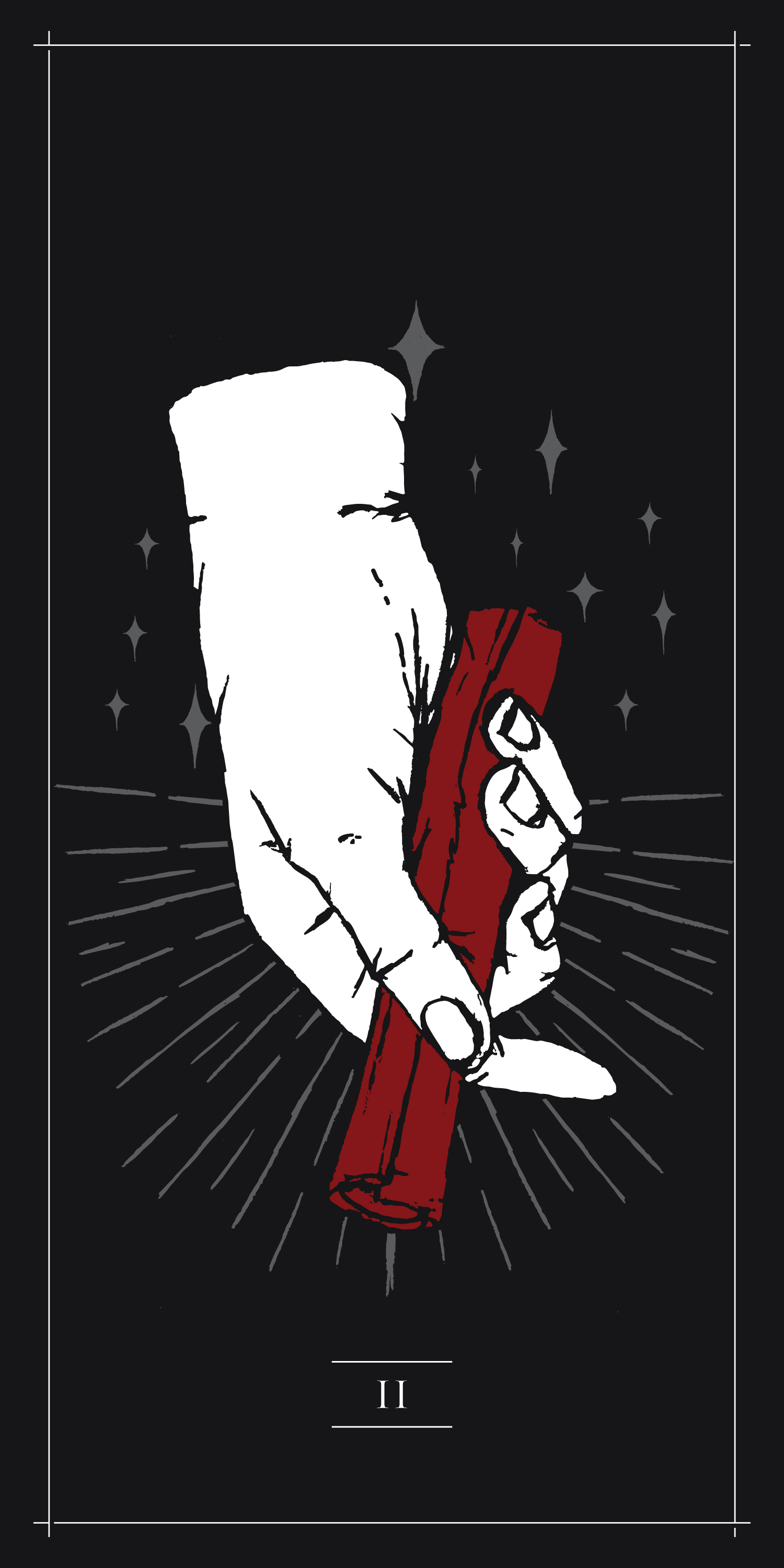 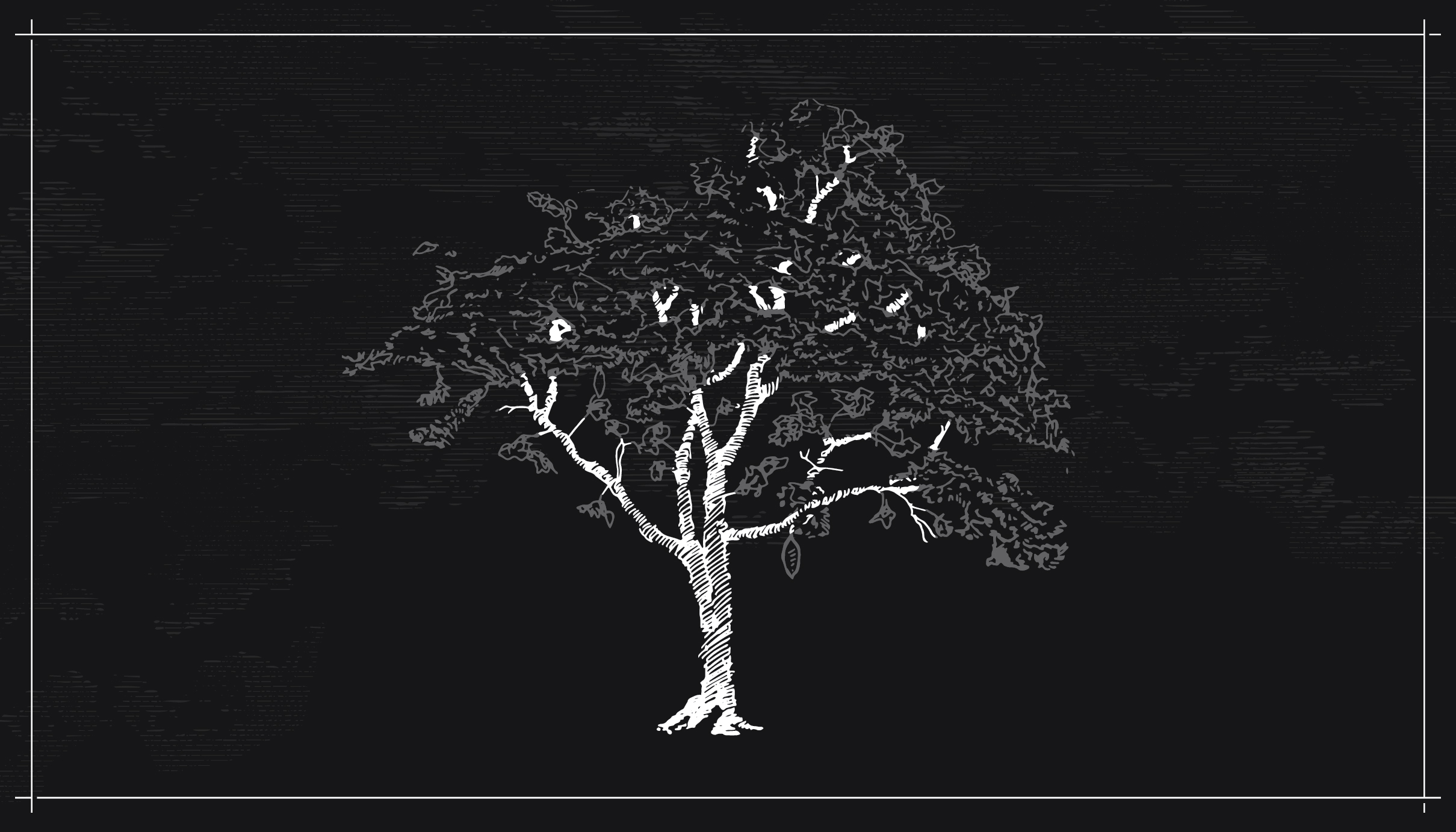 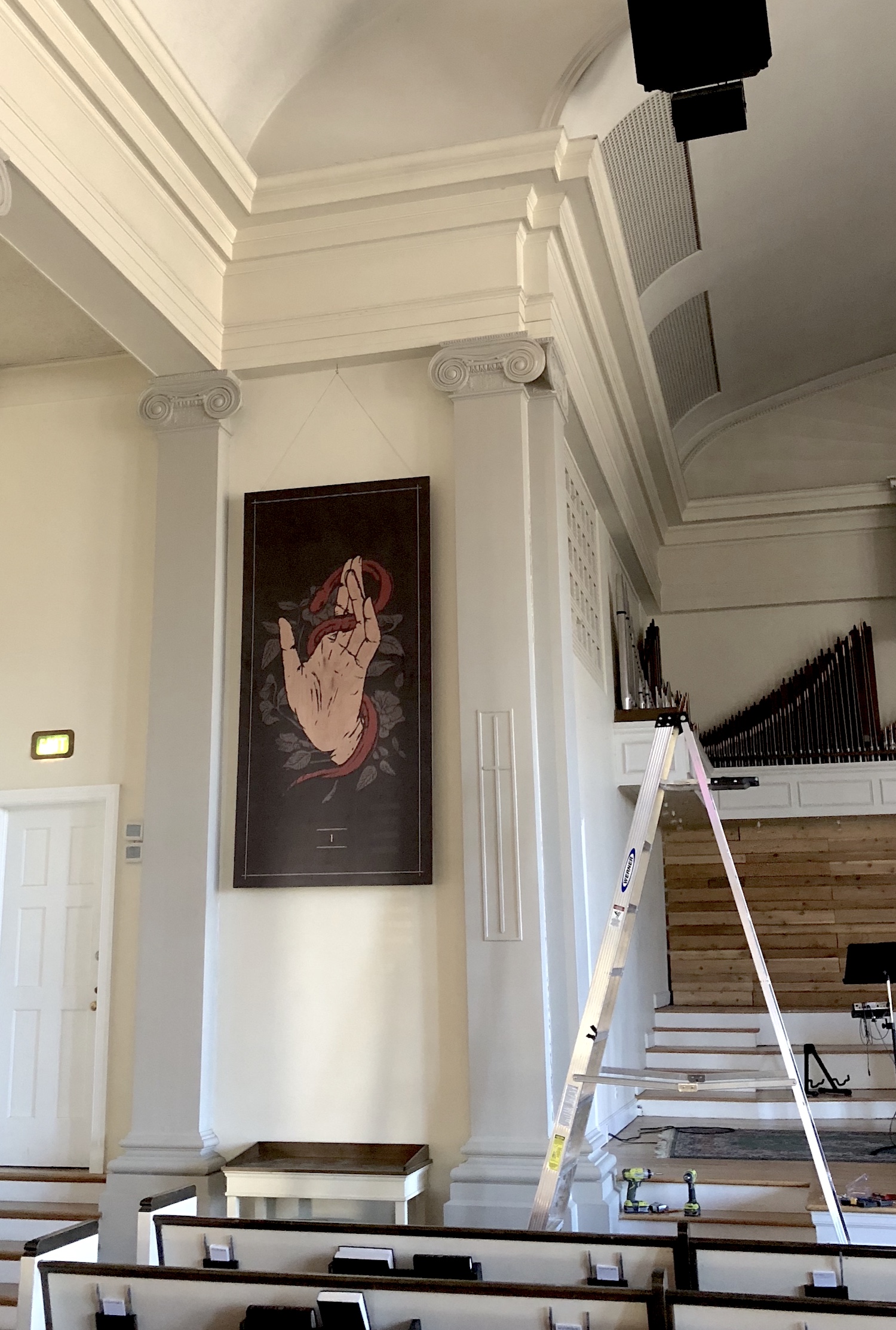 Part I After Installation 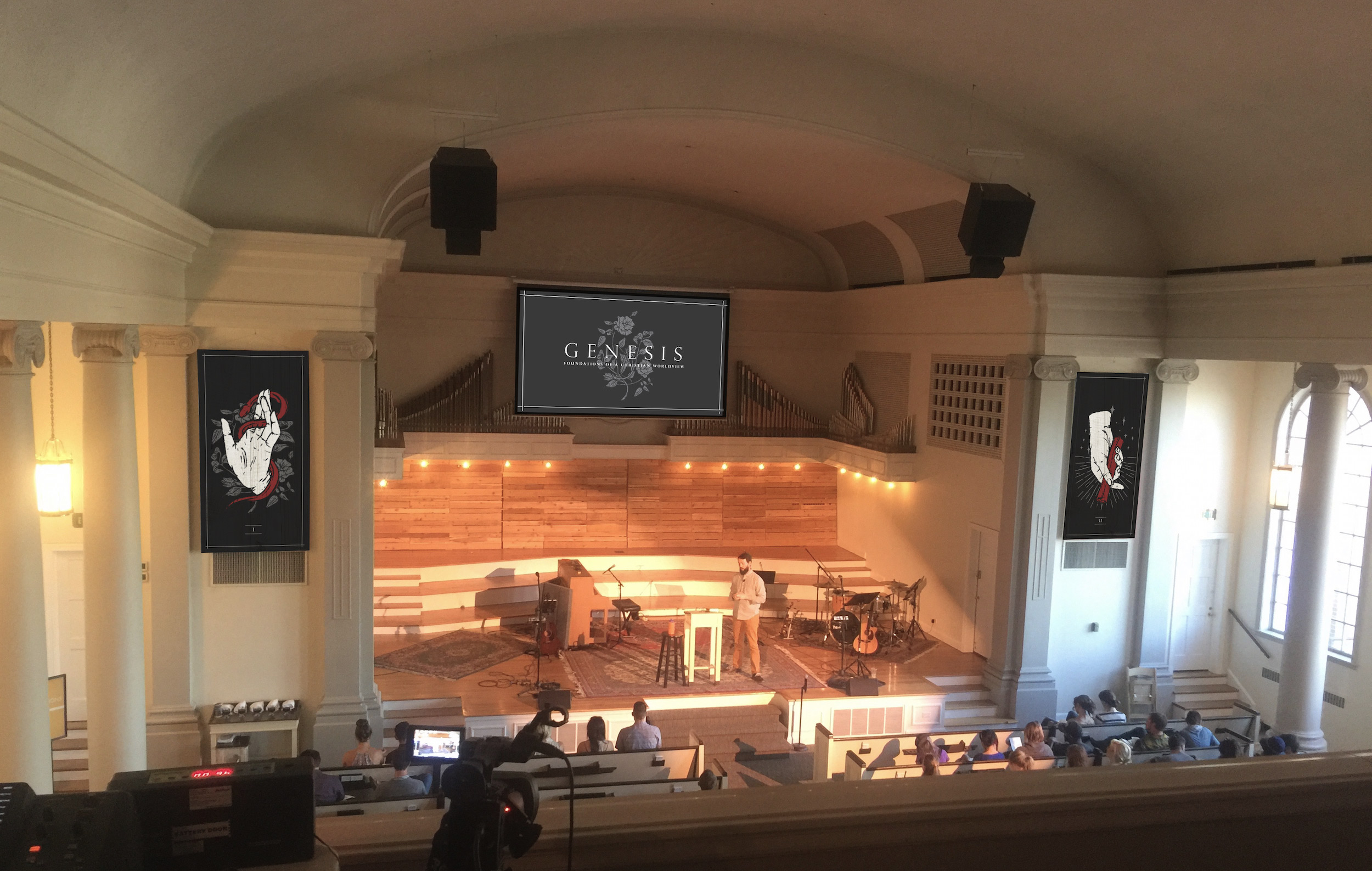 A Preliminary Mockup of The Stage 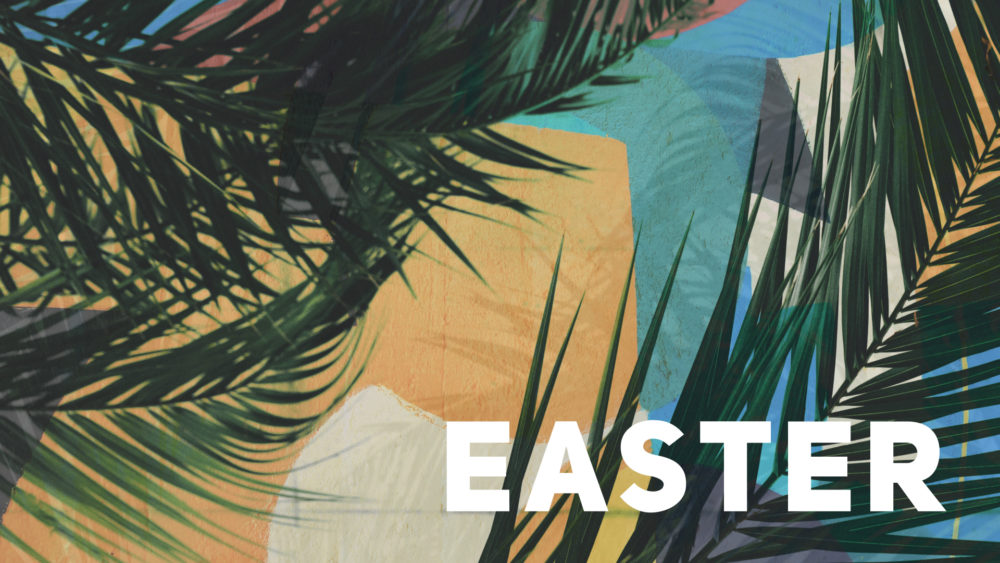